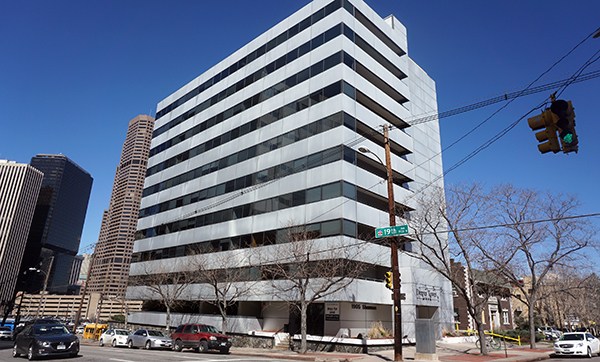 A Los Angeles real estate firm has bought into Uptown.

CentrePoint head Tucker Manion said the company planned to hold the building more than the 2½ years it owned Denver Tower.

“We bought it on a cap-rate basis and were looking to move rents up a little,” Manion said. “But given the market conditions over the last two years and the increase in rent, we thought it was a good time to take some money off the table.”

Denver Tower is a 10-story, 55,000-square-foot office building on a 0.2-acre lot. It was built in 1975 and sits at 1905 Sherman St. It’s 100 percent leased and Colorado Legal, which provides legal assistance to low-income Coloradans, takes about half of the building.

Manion said some Uptown rents have reached about $24 per square foot and that there’s still room to hike lease rates at Denver Tower.

Denver Tower is Hayman’s first acquisition in the Denver market. The company’s website lists a dozen other office holdings between Texas and California.

“What made that building attractive to us, and probably to the latest buyers as well, is that it sits in the Uptown market but can also draw from the downtown and Capitol Hill tenant base,” he said. “It can be a value option for users in that area, so even in a down cycle you’re going to have higher occupancies than your competitors.”